Posted by: Yoyokuo 2021-05-24 Comments Off on Bezos sells 2.5 billion U.S. dollars of Amazon stock, first large-scale cash out this year

On May 6, Amazon’s regulatory filing with the U.S. Securities and Exchange Commission (SEC) showed that its founder, Jeff Bezos, sold approximately $2.5 billion worth of Amazon stock this week. After selling more than US$10 billion worth of stocks in 2020, it is the first large-scale cash out this year.

Regulatory documents show that Bezos sold approximately 739,000 Amazon shares on Monday and Tuesday according to a pre-arranged trading plan, with stock prices ranging from $3,274 to $3,485 per share. After paying relevant taxes and fees, Bezos will make a net profit of $1.9 billion. Another document shows that Bezos plans to sell up to 2 million shares in total. 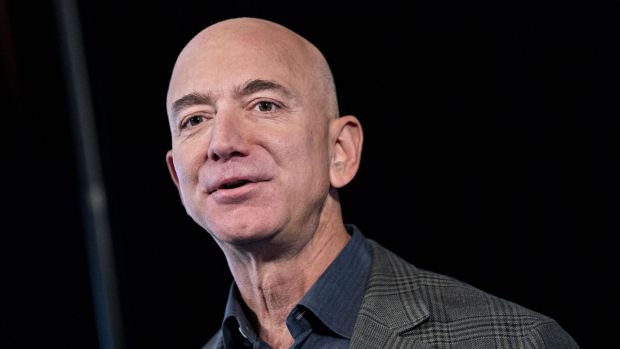 According to the Bloomberg Billionaire Index (Bloomberg Billionaire Index), Bezos owns nearly 52.5 million shares of Amazon, accounting for more than 10% of the shares. These shares are the main source of his $193.5 billion wealth. After cashing out, Bezos will continue to maintain the position of the "world's richest man", ahead of Louis Vuitton (LVMH) CEO Bernard Arnault (Bernard Arnault) and Tesla CEO Elon Musk (Elon Musk).

These transactions mark Bezos's first large-scale sale of Amazon stock this year. As we all know, Bezos regularly cashes in at least $1 billion from stock sales every year to support his rocket company Blue Origin. At the same time, he pledged to donate US$10 billion to the Bezos Earth Fund to help deal with the impact of climate change.

But Bezos has accelerated the pace of stock sales in recent years. In 2020, Bezos sold Amazon stock worth more than $10 billion in three batches in February, August, and November. It is unclear whether Bezos' latest cash-out is to increase support for Blue Origin. The company has just announced that it will conduct its first manned flight in July and begin auctioning fares.

Earlier this year, Bezos announced in a letter to employees that he will resign as CEO by the end of 2021 and will shift the focus to other businesses, including Blue Origin and The Washington Post "Wait.

In the 15 years after Amazon went public in 1997, Bezos sold about one-fifth of the online retailer for about $2 billion. In recent years, as Amazon's stock price has soared, the value of his shares has continued to expand, which means that he can now sell relatively few shares for billions of dollars. As the new crown pneumonia outbreak keeps people away from physical stores and encourages online shopping, Amazon's stock price has soared 76% in 2020. However, after entering 2021, there has been little change.

Had he not divorced his ex-wife MacKenzie Scott (MacKenzie Scott), Bezos' wealth would have been much greater than it is now. As part of the divorce agreement, Scott obtained a 4% stake in Amazon and quickly became one of the world's most well-known philanthropists. (Little)

Please keep the source and address of this article for reprinting：Bezos sells 2.5 billion U.S. dollars of Amazon stock, first large-scale cash out this year