SpaceX’s bid for NASA’s moon landing spacecraft was protested, and the $2.9 billion contract was suspended!

Posted by: Yoyokuo 2021-05-22 Comments Off on SpaceX’s bid for NASA’s moon landing spacecraft was protested, and the $2.9 billion contract was suspended!

According to news on May 1, the National Aeronautics and Space Administration (NASA) said on Friday, local time, that after a complaint from the bidder, the agency suspended its planned plan to invest US$2.9 billion in SpaceX to develop a lunar spacecraft. NASA stated that SpaceX will not receive contract funding until the U.S. Government Accountability Office (GAO) makes a formal ruling on the two complaints.

NASA said on Friday that GAO will suspend the execution of the $2.9 billion SpaceX moon landing spacecraft contract as GAO is ruling on the complaint filed by the bidder. This means that SpaceX will not receive the first payment of the $2.9 billion contract amount before GAO makes a final ruling, nor will it initiate initial talks with NASA. 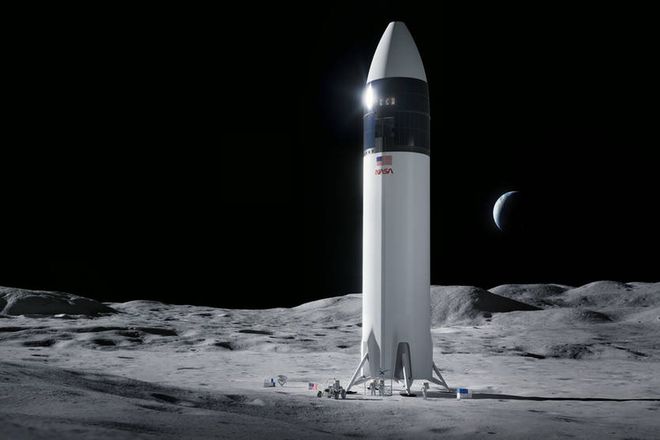 On April 16, NASA finalized SpaceX led by Elon Musk to build a spacecraft to the moon. Many people in the space industry originally expected the spacecraft development work to be completed by the two companies, but in the end NASA only chose to award the contract to SpaceX.

As a result, the two bidding companies, Blue Origin and Dynetics, protested to GAO, which is responsible for handling disputes over the bidding project. Blue Origin claims that NASA "changed its goals at the last minute", which is very unfair. Choosing SpaceX alone will affect NASA's original schedule for astronauts to land on the moon in 2024.

NASA spokesperson Monica Witt said in a statement: “According to the objections received by GAO, NASA requires SpaceX to suspend the execution of the lunar lander contract until GAO resolves all complaints related to the procurement project.”

The interplanetary spacecraft is a fully reusable rocket system being developed by SpaceX, which will eventually be able to transport humans and cargo to the moon and Mars. According to NASA’s tender results report, the interplanetary spacecraft was able to win the contract mainly because of its strong cargo capacity and the $2.9 billion quotation is far lower than the quotations of Blue Origin and Dynetics.

So far, the research and development of interstellar spacecraft has been mainly promoted by SpaceX founder and CEO Musk. SpaceX has conducted various flight tests on several prototype interplanetary spacecraft at its launch facility in Boca Chica, Texas. Facts have proved that it is difficult to successfully complete the high-altitude flight test task of the interplanetary spacecraft prototype. So far, all the prototypes that SpaceX has conducted high-altitude flight tests have exploded during the landing phase.

SpaceX's own interstellar spacecraft project will continue. After obtaining permission from the Federal Aviation Administration (FAA) this week, the company will test SN15 in the next few days.

NASA said that due to the limited funding provided by the US Congress, choosing a company was the best decision that could be made at the time. Last year, the US Congress only allocated US$850 million for the purchase of two lunar spacecraft.

Kathy Lueders, the director of NASA's manned space mission, said at the time that the contract with SpaceX was a key "first step" to ensure the success of the mission to the moon, and promised to still have the opportunity to sign a new contract in the near future. . (Chenchen)

Please keep the source and address of this article for reprinting：SpaceX's bid for NASA's moon landing spacecraft was protested, and the $2.9 billion contract was suspended!

Previous article
Amazon Q1 revenue of US$108.5 billion increased by 44% year-on-year, net profit of US$8.1 billion
Next article
Buffett responded to Musk’s underwriting of Martian immigration, “Just look at the premium.”