Posted by: Chris Na 2021-05-25 Comments Off on Li Yanhong: Hope to use AI technology to shorten drug development time and reduce drug side effects

News on May 10th, today, at the first China Biocomputing Conference, Baidu founder, chairman and CEO, Baitu Biotech founder and chairman Li Yanhong stated that biocomputing is a highly integrated subject, biology + computing Integration will bring huge breakthroughs and progress. Relying on the biological computing engine, a large amount of biological data can be effectively used, turning the "needle in a haystack" of drug discovery into "searching for a picture", and seeking the well-being of human life and health.

"We hope to use AI technology to shorten the time for drug development, reduce the side effects of drugs, reduce the huge medical burden of patients, and strive for more possibilities for each life." Li Yanhong said, "In the most critical area of life and health, No matter how much investment, no matter how high the risk is, and no matter how long the cycle, we must resolutely do it. Life science has no end, only effort." 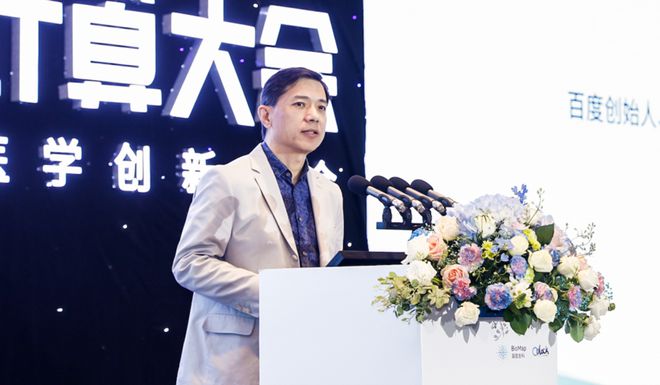 Li Yanhong said that the reason for the establishment of Biocomputing, a biocomputing company last year, stems from his perennial enthusiasm for biocomputing. He said that about 25 years ago, he was interested in bioinformatics to unearth the secrets of the human body. "At the time I was still working as a programmer on Wall Street, so I applied for a job in Merck's Bioinformatics (Bioinformatics) research group. They also gave me an offer, but I didn't go there because my wife hit me. She is a PhD in biomolecular science. She said that you can't do anything there, and said that gene sequencing technology is still very basic, no matter the amount of data, cost, or speed, you can't use your high-level computing technology. Later, I I returned to China to work on Internet information and became a search engine."

Over the years, his enthusiasm for mining human body data, exploring disease patterns, and finding new drug designs has remained the same. "As the donor of the Future Science Award-Life Science Award, and as the funder of some genomics research projects, I have also been closely following the changes in this industry. I have seen the rapid reduction in the cost of genome sequencing, and I have seen single cells. The landing of omics technology has seen the maturity of experimental technologies such as CRISPR gene editing technology that can generate large amounts of data, and has also seen the development of various cutting-edge biosensors, high-throughput experiments and other biological data axis companies invested by Baidu Ventures. Lots of potential."

Li Yanhong said that the development of the biocomputing industry requires the coordination of ecology and industrial chain. One or even a hundred companies may not be enough. I hope to work with scientists and entrepreneurs to build an open biocomputing innovation ecosystem and explore the vast "no man's land" in life sciences. "Today, eight of the top ten companies in the world by market value are so-called technology companies, but this technology does not include biotechnology, and no life science company has entered the top ten. I believe that with the height of biocomputing Development, this situation will definitely change." He said. (One orange)

Please keep the source and address of this article for reprinting：Li Yanhong: Hope to use AI technology to shorten drug development time and reduce drug side effects